Our decades of experience conducting undercover counterproliferation investigations and operation sets us apart from others in our field. Our colleagues spent years investigating the latest emerging technologies and the most sensitive defense items sought after by foreign governments, terrorist organizations, arms dealers, and their proxies. The investigations often began after the manufacturer received a suspicious contact from an individual who wanted to either be an exclusive representative for the manufacturer in a specific geographic region or they wanted to purchase a technology for export to a questionable country.

Our investigations focused on protecting the defense manufacturer and their proprietary technology from foreign threats by fully identifying the individual and their company through intensive deep dive research. To do this, we utilized open-source intelligence, social media exploitation, government and commercial databases, human intelligence, undercover meetings with the targets, foreign research through our international partners in law enforcement and friendly foreign intelligence agencies, and a network of sources and assets throughout the world. Most of our targets were from Iran, China, Russia, N. Korea and Venezuela. South American drug cartels and terrorist groups on the African continent like Boko Haram also made attempts to obtain sensitive U.S. defense technology.

Our Halifax team members approached the counterproliferation issue from different angles. Some of our colleagues were responsible for identifying weapon systems and other material left on the battlefields of Iraq, Afghanistan, Africa, and other places. They would examine the material locating the part and serial numbers and other important data and conduct a form of “reverse” supply chain risk management to identify the OEM and to further understand the logistical track the items took from cradle to grave. Sometimes we would identify a manufacturer who illegally supplied the weapons while other times we would find that the item was shipped by an unwitting manufacturer to a target in a friendly nation. In those instances, we found that the manufacturer usually received forged end user certificates and other documents. Once the items were received by a target in a friendly nation, they were transshipped to a sanctioned country and eventually found their way to the battlefield to be used against American troops. By conducting the investigation from both ends, we gained a more complete understanding of the target’s TTPs and their logistical process, we identified shell companies, and we were able to follow the flow of money our advisories used.

In addition to protecting the companies and identifying the threat, we were able to help manufacturers identify gaps in their supply chain, assist them with compliance training, and keep them from facing legal action. Every one of our counterproliferation investigations included additional criminal violations that gave our investigators a wealth of experience in ITAR, brokering, money laundering, false certifications, FCPA, terrorist threat financing, bank fraud, wire fraud, IEEPA, and others. Halifax personnel have reviewed hundreds of SARs, filed dozens of 314a forms, and have subpoenaed and reviewed thousands of documents from financial institutions during their investigations. Our years of experience has uncovered multiple fraud schemes that foreign companies have used to circumvent U.S. sanctions. We have also identified fraud at the highest levels of the U.S. Government and within corporations.

Our success as individuals at Halifax has been due to the relationships we formed with our partners in the defense, intelligence, and private industries. 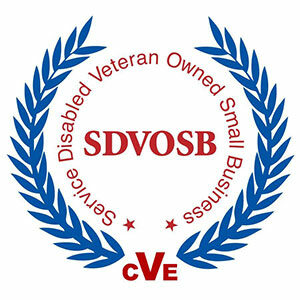 How decades of experience translates to your company…

Halifax Group has a unique enhanced due diligence and SCRM capability grounded in intense, up close and personal investigations.  We do not solely rely on proprietary databases tuned with the latest in artificial intelligence.  We understand the advancements and importance of AI to this process, but we feel that Human based intelligence will always be crucial to getting a complete understanding of the abilities, limitations, and most importantly the motivations of your potential customers, vendors, and representatives.

Let us help you protect your company.